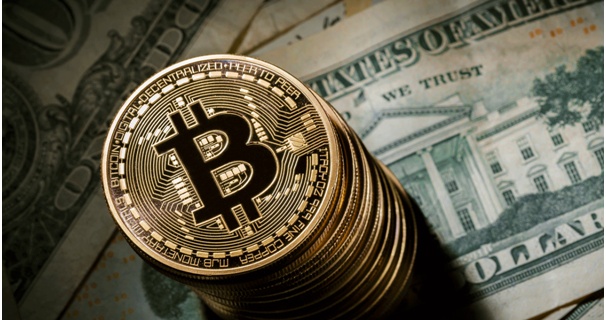 Bitcoin is a type of crypto currency which is neither issued by any Central Bank nor backed up by any Government. It was created in 2009 by an unknown person using the alias, Satoshi Nakamoto.

How New Bitcoins Are Generated?

New bitcoins are generated by a process called mining. In this mining process, individuals process the transactions and secure the network by using specialized hardware and in exchange they are awarded new Bitcoins. These currencies are quite popular because they provide secure and anonymous way of remittance of money and entering into a transaction.

What is the legal status of bitcoins ?

While in Japan it has been recognised by government as a means of payment and Russia is also thinking about making it legal.

In India RBI has neither declared the crypto currencies as illegal not it has accepted these as legal tenders. Further, RBI has clarified that it has not given any license or authorisation to any entity to deal with bitcoins. RBI has rather cautioned people about the risks associated with virtual currencies.

What is growth status of bitcoins overtime?

How Prices of bitcoins are determined :

The answer is demand and supply. Yes, price occurs at the point where demand from buyers and supply of sellers meet.

What’s the reason behind skyrocketing price of bitcoin in just a small period of 8 years:

There are many factors which have contributed to this price volatility in bitcoins:

·        Increased Demand In Asian Market: In some countries bitcoins has been recognised as medium of exchange .Due to which they have been used in place of fiat currency in last few years, causing  increase in demand.

·        Limited Supply:Bitcoin was designed to have a fixed supply of 21 million coins. Miners currently produce around 3,600 bitcoins per day, which is very less in comparison to strong demand for bitcoins.

·   Bitcoin's becoming more robust :Several recent developments have been intended to improve bitcoin's performance and make transactions more reliable. New technology shows how much progress has been made in making bitcoin easier to use. A new version has been released which allows payment to be made using bitcoin quickly,cheaply and at a large scale.

·        Increase In trust of Investors :Over the time  trust of people in bitcoin has been increased due to safe network,quick transactions and upward price trend.People has started investing in  it as digital gold.

Should I invest in bitcoin or not ?

It has been a big question in everyone’s minds that weather he should invest in cryptocurrencies or not.Over the time there has been a difference of opinion while dealing in these currencies.

If we see the positive side, perhaps no investment can give such a high returns.

If we see the other side, risk & volatility .I think this is most highly volatile investment.There are many risk associated with it. Most important  is ,it has not been accepted by Indian government. So in absence of any legal status we may find it difficult to overcome any fraud done by bitcoin sellers & it can be declared illegal by government any time.

For example, Few days ago bitcoin digital wallet of an investor has been blocked & there has been no response from bitcoin exchange & bitcoin site: www.bitcoinindia.org. So all his money has been blocked and he is not getting any FIR remedy as bitcoin is not legal till now.

So, we can conclude that, In present scenario, although bitcoin is the most attractive investment but a most volatile investment as well. So, you should consider all the risk associated with it before making  any decision. If you are investing for the first time, you should start with a little of your investment. Please always keep in mind these golden rule of investment while investing:

·        Never invest in something you do not understand

For more clarification on topic you can watch our video on bitcoin and subscribe our channel.Link to the video is as given below: