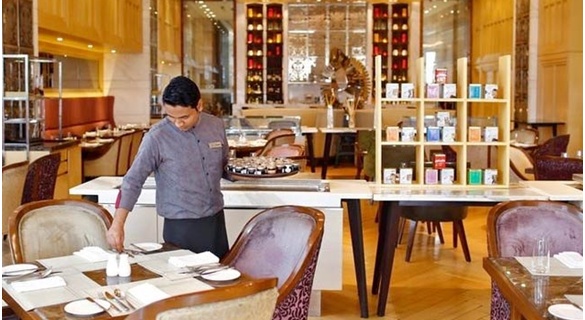 In context of restaurants ,range of VAT rate was generally between 12.5-14.5 per cent as per the individual State VAT laws and  rate on service tax on restaurant services was 6%. Thus, the effective tax rate came to somewhere around 18.5-20.5 per cent that varies for different states.

GST on restaurant with introduction of GST law:

Problem faced by customers : After introduction of above rates, restaurants were not passing benefits of ITC to customers. Customers were overburdened with high base cost & high rate of tax in restaurant bills.

In 23rd GST council meeting held on 14th Nov.,2017 , rates were slashed down for  hotels and restaurants in a way so  that customer do not feel overburdened .

Reaction of restaurants on amended rates:

Even after this drastic slash down, restaurants industry has not welcome the change .According to them denying of ITC on this sector is unfair. National Restaurant Association of India (NRAI), whose members are facing intense criticism from the government for jacking up menu prices, recently met the finance ministry to give their reason for price increase and requested for restoring the benefit of ITC, but government has ruled out the request.

Government has given maximum relaxation to restaurants by reducing rates from 18 % to 5 %. But restaurants are indulging in unfair practices ,when GST rate was high they didn’t reduce ITC from base rate  and when GST has been reduced ,many of restaurants are still charging same price by adding reduced GST to basic price. So harassment is on part of restaurants .Proper officers should monitor and enforce proper discipline into them.